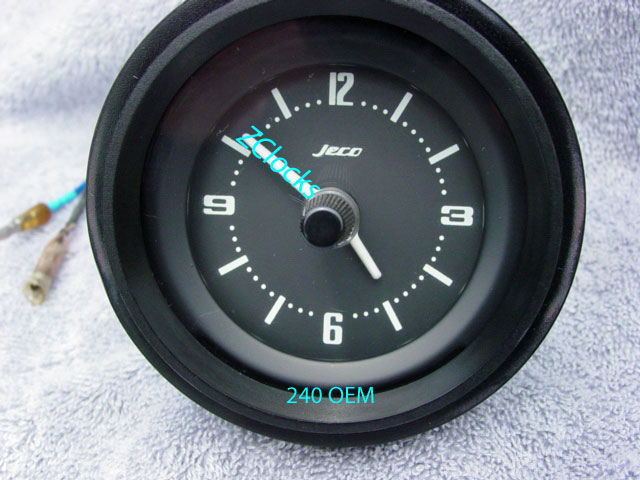 The first generation Zcar clocks were made by “JECO” and basically all mechanical with a no-load motor to keep the main spring wound. This clock was not as accurate /reliable as designed and very sensitive to temperature and contaminants. Per owners manual: “Reset the clock on daily basis”

The unique identifiers of this clock are the rear mounting bracket and the sloped clock face, which matches the 240Z dash. Power is supplied to the clock through the blue wire(+12 volts DC) and black wire (ground). 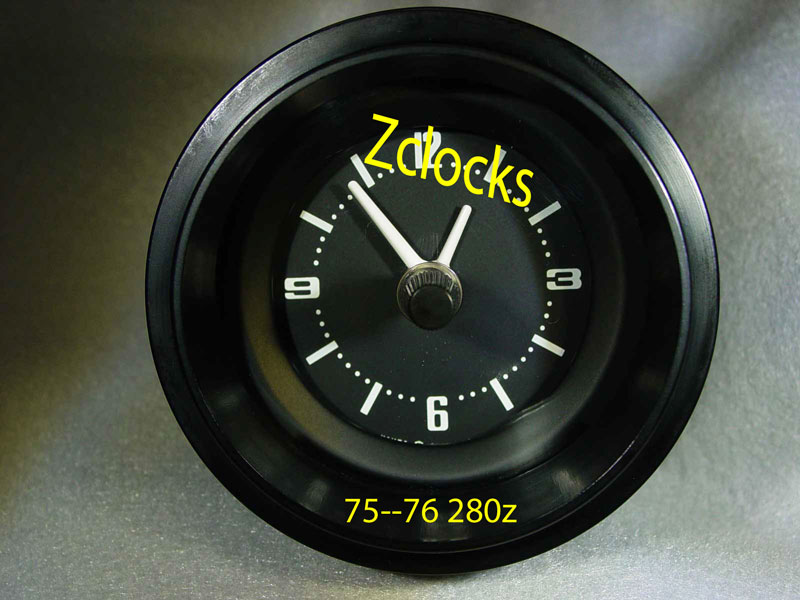 The second generation clocks, 1974 1/2–1978,  was a new clock and supplied as the standard in Zcars. Kanto Seiki built these clocks and subcontracted to the Rhythm Watch Co. Japan for the new mechanisms.

Changes from the first generation included the clock housing , mounting bracket, front bezel, connector, and internal mechanism. The second generation clock movements were a remarkable improvement over the first in reliability and accuracy. A hybrid by design it married the solid state technology of the day with a mechanical clock movement. Clock speed adjustment is accessed through the rear of the clock housing and near impossible to adjust in the car. 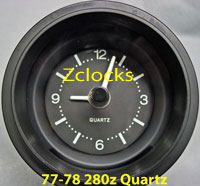 The quartz clock built by Kanto Seiki was an option on the 77–78 280Z cars. This clock is a  very solid design, accurate and reliable. The only external difference between the quartz clock from the standard clock was the face plate indicates “Quartz” and there is no adjustment for clock speed. In addition, the quartz makes a ticking sound every 5 seconds compared to the standards continual ticking. 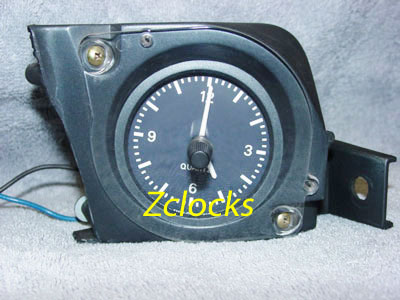 79-83 280zx clocks also use the same quartz mechanism as used in the 77-78 280Z “quartz”. The differences are a new face plate and the clock was housed in a gauge cluster. Again, this clock is accurate and reliable. 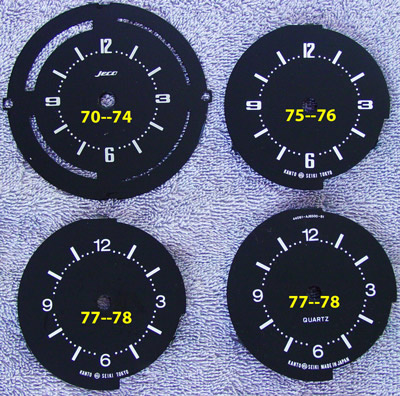