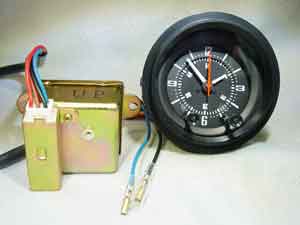 I hope this article will be useful to all Zcar owners who have rally clocks or those interested in searching for this elusive clock .

Please be advised that these clocks are expensive to work on as no parts are available. Every failed or damaged part has to be custom made to fit the clock.

The rally clock manufactured by “JECO” was produced in three different models. The early rally clock, 70-73 240Z, known as the 2-knob clock has a separate box called an oscillator attached via a wiring harness. The later  2-knob rally clock produced from 74-76 which fits the 280Z and uses the same oscillator box. This  clock will also fit the 77-78 280Z, but the font does not match the 77-78 280 gauges

The calendar rally clock, 74 -76, is identified by a single knob and  no oscillator box. This clock was manufactured by “CITIZEN” and designed for the 280Z.

The second calendar rally clock , 77-78, is identified by a  single knob and no oscillator box. This clock was manufactured by “NILES” and is a Quartz clock. It was designed for the 77-78 280Z. 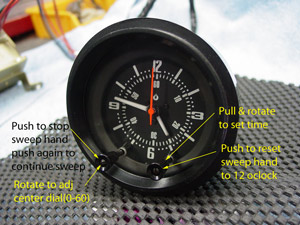 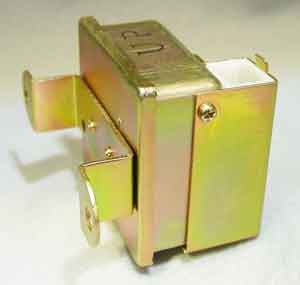 The  rally clock with oscillator was used in the early 70’s in Japan and available here in the US through the Datsun dealer as a special order. The oscillator box was separate from the clock, but attached by a wiring harness. The oscillator supplies power and timing for the motor in the clock body that runs 24/7. Without the oscillator the clock will not work. If you don’t have a working oscillator your clock is a nice table decoration.

There are four distinct functions of this rally clock for the user.

1-Reset the sweep hand to the 12 o’clock position.

2-Stop the sweep hand in place.

There is also two oscillator versions, early and late, and both look identical. The early version is identified as having a high pitched or humming sound which comes from a tuning fork. This is one of the most unique oscillator arrangements and for those who remember the Bulova Accutron of the 60’s this is a very close copy.

The later version of this oscillator box eliminated the tuning fork by replacing it with a quartz oscillator. In addition 50% of the components of the original oscillator box were eliminated by integrated circuits which were proprietary to JECO. The advantage of this late box is that it is very simple and not as fragile as the earlier version(tuning fork).  However, parts are not available for this box. Oscillator boxes are also interchangeable with either the early or late clock body’s, for 240z or 280z  Rally clocks.

Oscillators can hum, but that doesn’t mean they will keep time.

Note: The 2-knob clock is noisy due to the motor in the clock that runs 24/7 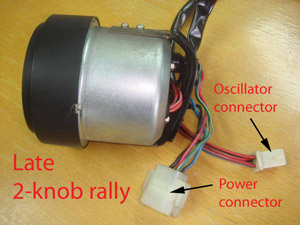 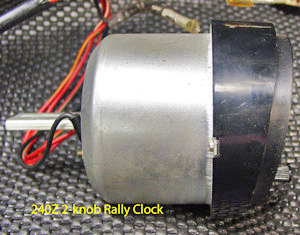 The late 2-knob rally clock was built around 1974 and has the 280Z style bezel, mounting bracket and electrical connector.  The oscillator can be either the early or late version .
Serial numbers don’t seem to mean much as I have seen very low numbers on this version and higher numbers on the 2-knob early 240Z clocks.

The mechanism and functions are the same in both early and late 2-knob versions. The connector plug on this later version has the ground and lighting connections in the six pin connector(same as the 280Z). This clock is a direct plug in for the late 74 260Z through 78 280Z. However, the number font on the clock face  is only for the 75-76. The 77-78 is a different font. 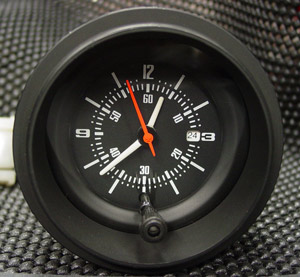 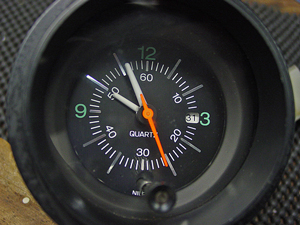 The single knob or calendar rally clock was made for the 280Z, 1974-76, type -1 on the left, and type -2 below 77-78. The clock face plate on the 74-76 matches the numbers of these years as the 77-78 matches those years. Type-1 the sweep hand  cannot be controlled, the clock center dial is fixed and the clock has a calendar for the days of the month. This clock was made by CITIZEN.

The type-2 single knob rally clock has green numbers, the sweep hand is set to the 12 position when setting time or pulling on the knob and the center dial is fixed. Also the 1-2-4-5 etc. markings are chrome. This RC clock is a QUARTZ version made by NILES.

Note: The type-2 clock is noisy because the clock motor runs 24/7